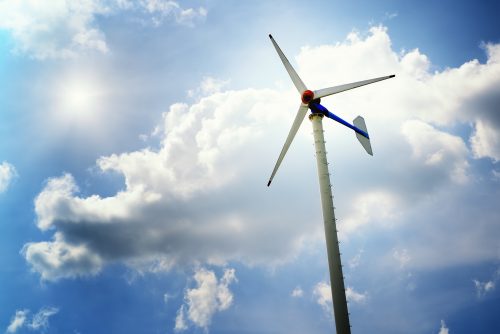 Renewed interest in developing regions have revitalized emerging markets private equity, marking the industry’s highest investment activity levels since the financial crisis in 2008. Among other things, a rapidly expanding middle class and changing consumer habits have created compelling opportunities in fledgling markets; investors drawn by the allure of diversification and seeking to capitalize on these macroeconomic trends have set their eyes on investment destinations outside the U.S. Below are some key trends happening in emerging markets private equity.

While macro, political, and legal risks are undoubtedly present in emerging markets PE, the strategy provides considerable geographical and sectorial diversification in addition to the ability to penetrate countries with long-term growth prospects. Both developed and emerging markets PE performed better than their public market counterparts in 2014. However, PE investments in emerging markets managed to outperform those in the U.S. and ex U.S. developed markets.

The Cambridge Associates Global ex U.S. Developed Markets PE/VC Index rose 3.5% for the year ending in 2014, while the U.S. PE Index increased 11.2%. The Emerging Markets PE/VC Index increased 14.3% for 2014, outperforming both U.S. and ex U.S. developed market indices. Large write-ups for China-based companies as well as the electronics, IT, software, and financial services sectors accounted for the index’s strong returns in 2014.

Increasing in Fundraising in Emerging Markets

This strong performance was accompanied by a marked increase in both fundraising and capital deployment. The industry saw a year-over-year increase in fundraising across all five major emerging market regions. A total of $45 Bn for emerging markets funds was raised in 2014, with a focus on Latin America and Sub-Saharan Africa. Capital deployed similarly hit a new record in 2014 as fund managers invested $34 Bn across emerging markets, the highest annual total since the financial crisis in 2008.

Sub-Saharan Africa Is a Focus

Much of the fundraising success in 2014 was found in Africa, which experienced a surge in private equity activity after funds closed on an excess of $4.2 Bn. This marks more than triple the $1.25 Bn raised by Africa-focused funds in 2013 and more than double the average raised during the preceding five years. Africa is also attracting some of the world’s largest private equity firms. KKR & Co drew attention after announcing its plan to invest $100MM within the next year in Africa’s agriculture and industry sectors. Helio Investment Partners also made news after raising $2.2 Bn in the first quarter of this year, making history as the first ever Africa-focused fund in excess of $1 Bn.

Many different factors contribute to this newfound, the most compelling of which is the ability for private equity purchases to be made at lower multiples of earnings before interest, taxes, depreciation, and amortization than the global average. Africa is also home to six of the world’s fastest-growing economies between 2001 and 2010, many of which are giving rise to urbanization and a growing middle class that is shifting from the use of homemade goods to consumer spending.

There are, however, signs of a bubble as investment activity is struggling to keep up with the pace of fundraising. As firms compete to buy companies, purchase prices are also increasing. Despite this, the market in Africa is still relatively young. A shift in focus from acquiring assets to investing in infrastructure and growing companies may be an effective way to avoid a bubble in the region.