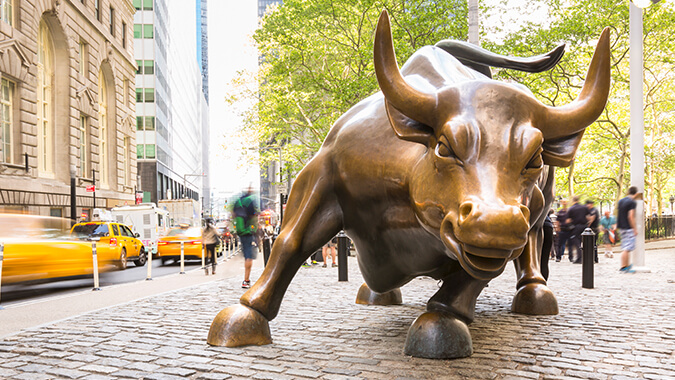 The private credit market, also known as private debt, has shown impressive, sustained growth over the last several years. Private credit (which includes distressed debt and venture financing) has grown from US $42.4 bn in 2000 to US $776.9 bn in AUM in 2018, according to a Preqin study, and it is estimated to top US $1 trillion in 2020.  Moreover, according to new research, certain private credit and private debt funds can help stabilize the financial markets and promote economic resilience in times when banks are unable to loan money.

What are the factors driving such growth?

A private debt fund specializes in lending activity and raises money from investors and lends that money to companies to fund ongoing operations or the improvement of infrastructure. It is an alternative to bank lending that provides investors with the possibility of more bond-like returns occurring from private debt as an asset class. Frequently the loan will be secured against an existing asset, like property, but private debt funds do not seek to own companies. On the contrary to private equity funds, which typically own some or all of a company, private debt generates returns from interest in loans. It will usually employ lending teams who have strong backgrounds in commercial banking and expert knowledge of the market they work in.

Private debt originates from privately negotiated loans and extended financing deployed in several market subsets. However, small and medium enterprises (SME) along with mid-market companies account for 51% of loaned funds. Many of these companies are unable to obtain credit through conventional banking channels, regardless of their creditworthiness. It is precisely these companies that rarely have good access to the capital market or an adequate rating from one of the major rating agencies. However, private credit has supplied the leverage that’s helped private equity buy the businesses that have expanded its collective portfolio to its current $4 trillion.  This trend is driven by post-recession regulations that followed after the financial crisis of 2008 and have tightened lender capital requirements, reducing deploy-able capital and bringing higher capital requirements for banks. For example, to meet EU regulatory capital requirements, sources of capital were also limited by deleveraging. In turn, that has made direct lending more attractive to investors, as yields may be higher than public debt and flexible terms may allow interest payments to be index linked.

Private debt can provide higher returns than government bonds with all-in yields sometimes even higher than 9%. These returns are more in line with those offered by equity markets, but have less volatility that goes along with capital preservation. It happens because private debt is a structured instrument and has set repayment terms. This ensures there is lower volatility in relation to equities – so a risk of losing investment is lower. Risk can also be reduced because of stable performance across all market cycles thanks to combination of different credit strategies.

In contrast to traditional listed bonds, private debt is not standardized either. Thus, it offers the financing partners involved significantly more flexibility in contract design and can also cater to the individual needs of borrowers and lenders. However, this also leads to higher transaction complexity, interest premiums, and fraud risk compared to traditional bonds, in particular through illiquidity and complexity premiums.

Positive diversification can be reached due to low correlation to traditional asset classes, since the private debt market operates primarily with SME and mid-market companies. That also provides another advantage –  private debt investment is backed by real assets.

Despite its popularity, private debt entails several risks. First of all, private debt investments are medium to long-term investments. That’s why it suits more buy-and-hold investors. In order to realize the full yield on a private debt investment, investors need to hold the investment to maturity. In contrast to stocks and bonds, the secondary market for private debt is largely undeveloped. Moreover, if more cash is raised than is required by mid-market companies, private debt investments may be slower to deploy – causing cash to sit idle. Investors should also take note that private borrowers have less stable financials than rated borrowers and default rates are higher. Additionally, in the event of a default, the cost and difficulty of collecting payment is much higher than public credit.

Although many investors choose this kind of asset to diversify their portfolio, in comparison to traditional products like mutual funds, a private debt investment can also be less diversified, increasing risk, in the scenario that there are fewer loans in an investment portfolio.

As a result, private credit is now a main source of financing, contributing to the growth of small, medium, and large enterprises all over the world in different sectors. According to Preqin, the number of private debt funds reached a historic high of 389 at the end of Q2 2018. Moreover, 80% of surveyed investors expected to invest more capital in private debt in the next 12 months starting from the report date. The most popular fund types for such investments remain direct lending, mezzanine and distressed debt.

There are two dominant private debt markets globally: in the US and Europe. Among them the US market is larger and more mature than European, with 56% of the institutional investors in private debt at the end of 2018. Even recent interest rate increases in the USA that aim to support persistently low bond yields is not going to stop the growth of this kind of asset. European market goes with 25% and mostly consists of UK and French issuers. This year it was influenced by the slowing growth in major Eurozone countries and uncertainty about Brexit. Asia ranks last with 13%.  Thus, among about US $107 bn of new capital that was raised by private debt funds in 2017 globally, US $67 bn was raised by funds in the US, US $33 bn by funds in Europe, and US $6 bn by funds in Asia.  However, in Asia alone, according to the McKinsey Global Private Market Review, aggregate income raised via private debt fundraising has increased in every year but one since 2010.  Elsewhere – particularly Germany and the Nordics – banks still dominate the lending market for historic and/or regulatory reasons.

The most active investors in the private debt market are pension funds, foundations, endowments, family offices and insurance companies. The sectors which are likely to attract the largest allocations from investors in the next 12-24 months (based on Q4 2017) are real assets such as infrastructure and commercial real estate, followed by private equity-sponsored companies.

Many experts suppose that growth of private debt will continue in the future. According to Preqin, around 91% of investors surveyed by Preqin said private debt met or exceeded performance expectations last year.  Through September 2018, 30 private debt funds returned an average of 10.3% to investors, substantially outperforming the Bloomberg Barclays Government/Credit Index benchmark for bonds, which returned -1.37% over the same period.

And if you want to be among those who receive benefits from this kind of asset, our platform can provide you with a great start.