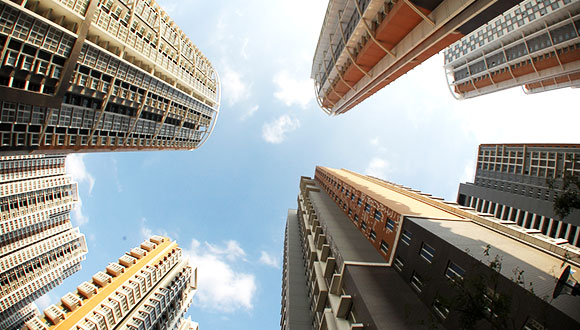 With an increasingly competitive fundraising environment and rising levels of discontent with manager compensation, hedge funds have begun to reconsider their fee structures in an effort to better align interests with investors. In an ideal situation, managers would be compensated on performance alone. However, the reality of costs associated with operations, research, retaining talent, and executing strategies necessitates a stable source of income for funds operating within a challenging sector. Striking a balance between the two proves to be challenging, but managers have recently introduced some creative alternatives to the traditional 2/20 fee model to address investor demands and successfully attract new capital along the way.

According to a survey conducted by Preqin in 2015, 35% of investor respondents reported that fees form one of the key issues affecting the industry today. Of these, roughly 50% believe investor and fund manager interests are misaligned, a significant increase from a similar survey conducted the year prior. As the graph below illustrates, there is a significant change in investor sentiment from 2014 to 2015; LP’s are increasingly dissatisfied with fees and consequently pushing for more favorable arrangements.

This discontent has resulted in the rejection of managers and withdrawal of funds altogether. Arguably the most notable example is CalPERS’ decision  to liquidate its entire hedge fund portfolio – $4 Bn in investments – in an effort to cut back on fees. While this hasn’t necessarily slowed down the growth of the industry’s total AUM, a decision by the nation’s largest state pension fund to terminate its hedge fund program reflects widespread dissatisfaction with the industry’s standard fee structure.

Deviating From The Standard 2/20 Model

Rather than simply lowering fees, many hedge funds have adopted new structures altogether in an attempt to find a middle ground. Investors are taking notice, and while the rate of change isn’t quite as high as one would hope or expect, there are signs that the standard 2/20 fee model is slowly giving way to new structures.

One particular hedge fund managed to makes waves last week with its unique practice of providing refunds to investors. Adage Capital Management, a $28 Bn stock-focused fund, charges a flat 0.5% management fee and 20% performance fee on trading gains or losses in excess of the S&P 500. If the fund’s performance falls below the S&P 500 benchmark, it refunds up to half of those fees to investors. Investors are apparently in favor of this arrangement, with the firm doubling in size over the past four years and ranking among the world’s 10 largest hedge funds.

While the practice still isn’t mainstream, many hedge funds these days include a hurdle rate requiring a minimum net return to be generated before the manager is allowed to collect performance fees. The hurdle rate is often tied to a benchmark rate, such as the S&P 500. For instance, if a fund sets a hurdle rate at 5% and the fund returns 15%, performance fees would only apply to the 10% above the hurdle. It is estimated that around 1 in 7 funds have introduced hurdle rates to their fee structures.

There is also a visible trend towards fee discounts if investors are willing to lock up their allocations for a longer time horizon. Hedge funds that require a certain degree of illiquidity to successfully execute their strategies, such as activist and credit hedge funds, will sometimes offer lower fee schedules in exchange for longer lockup periods.  According to a 2015 Preqin report of alternative assets, 66% of managers surveyed have lowered fees in exchange for sustained investor commitment.

Emerging managers, many of whom are lauded for their nimbleness in comparison to some of their more established counterparts, offer incentives commonly known as “founders’ shares” to attract investors during early stages of growth. Some managers may reduce fees to 1 and 10 for early investors; others will retain the typical 2/20 structure for the first few years then scale down to zero after the fund reaches critical mass. Given the absence of longstanding track records, many startup funds have found it necessary to provide these benefits to early investors willing to take the perceived risk of allocating to relatively newer funds.