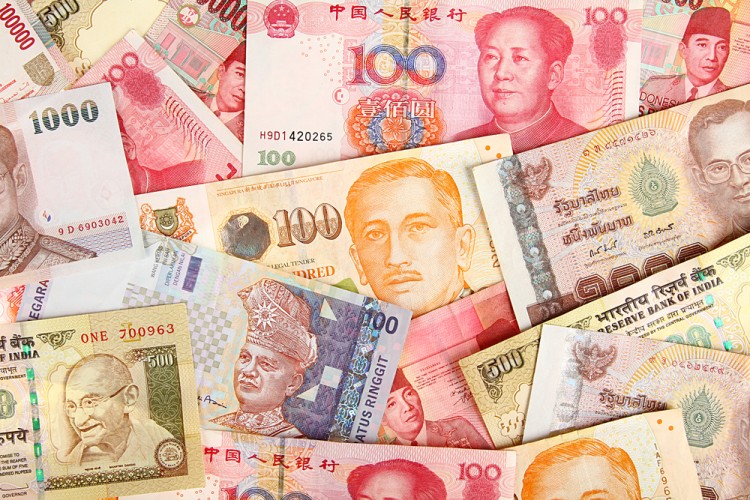 Asian markets hold the potential for promise for private investors. As a result of economic and regulatory policy, in addition to its open-minded outlook on innovative development, Asia has been shaping itself as a region for investment opportunities – and investors have taken notice. According to the UNCTAD, China was ranked the world’s second largest Foreign Direct Investment (FDI) recipient and the second most attractive prospect to multinational companies for 2017-2019. India, Singapore, Hong Kong, Indonesia and South Korea are also among the top 40 host economies. Up to only a few years ago, Asian investors were not a consideration when discussing the biggest venture investors of the world. Evidence now shows that this has clearly changed.  A Wall Street Journal analysis shows that the share of Asian investors in the global venture capital market was 40% of the total $154 billion in 2017, up from less than 5% just a decade ago. In 2018, China became the world leader in making investments into IT startups for the first time. What are the forces driving this trend, and ultimately, driving Asian investors into these alternative investments?

First, consider the dynamic economic activity of the region called Developing Asia, which has demonstrated stable economic growth in recent decades. Developing Asia is one of the largest recipients of Foreign direct investment. Although the US remains the largest recipient of FDI followed by China, the UK, Hong Kong and Singapore, the overall FDI inflows to the US decreased by 13% in 2018, while FDI in China increased by 3%. Moreover, the FDI inflows in Developing Asia increased by 5% in 2018, when FDI inflows to all other regions, except Africa and Developing economies, declined. The increase of FDI in developed economies was very unevenly spread, with almost all of the growth concentrated in East and South-East Asia.

Additionally, Developing Asia is also home to the largest number of billionaires in the world. According to the 2018 UBS PwC Billionaire report, the Asia Pacific region consists of 814 billionaires, representing 38% of the world’s total. The report adds that because this region’s billionaires are generally wealthier than those that reside in the US, there is an increased opportunity for accelerating of the wealth management sector.

Developing Asia’s mutual fund industry continues to grow. The Cerulli Edge – Asia-Pacific Edition 1Q 2019 reveals that Asian mutual fund assets expanded by 8.2% in the first nine months of 2018. China has the largest share at 53%, followed by Japan at 16.5%.

The explosive growth that Developing Asia has been seeing is possible because of a steady expansion of domestic demand, active international cooperation, and gradual government efforts to liberalize the market and create incentives for investors. For many years, Asia has generally been associated with the production and export of low-cost materials. China, which was once recognized primarily for cheap labor and low-cost materials, is now at the forefront of reshaping that image. Together with Hong Kong, the country is among the top 10 investor economies by FDI stock in Developing Asia. The Chinese government re-invests in its country, as well as in other countries -preferably in Europe, Africa, Asia – and in more underdeveloped countries, especially in R&D. As a result, China continues to solidify itself as a main player in the emerging Asian market. After years of active industrialization, China has taken steps to ensure the transformation of the economy – namely in the development of domestic demand and the middle class. After all, the population of China is about 1.4 billion people, with 900 million internet users, which represents a fairly large market. The growth rate of the Chinese economy has declined as a result of this transformation, however, the potential for its future is not to be easily overlooked.

However, China is not the only beneficiary of massive growth.  India is another country that also boasts high FDI rates. In fact, many believe that “it can be the next locomotive of global growth.” Thus, FDI to South Asia is largely attributed to India, with some overflows into neighboring countries such as Bangladesh and Sri Lanka as well. Indian policy is aimed at liberalization and simplification of the national FDI policy. For example, India’s regulator took measures to lower costs incurred by end investors, by directing fund houses to move to a trailer fee-based model of commissions in October last year. Thanks to this policy, India has been able to secure more foreign investment than its neighbour China, for the first time in two decades. Moreover, India has a well-developed service market with a rather skilled, English-speaking, and inexpensive labour force, reinforced by the potential market which spans to over one billion inhabitants.

South-East Asia is also the main FDI growth engine where inflows of FDI rose by 11% for the third consecutive year, largely due to Singapore, Indonesia and Thailand. Singapore particularly has the advantage of a politically stable, tax-incentivized, and simple regulatory system, which continues to attract a lot of companies worldwide, and therefore underlines the potential for growth in the country’s venture capital market over the next few years.

Vietnam, Thailand, the Philippines, and Malaysia were among the other countries in the region that were able to attract investors in the wake of China’s trade war with the United States. Some of the recent companies that moved production to Southeast Asia, according to Bloomberg, included the Harley-Davidson motorcycle brand (built a new factory in Thailand to be in closer proximity to the Asian markets and avoid tariffs), Panasonic electronics supplier (closed the factory in the USA for a factory in Malaysia), shoes and accessories manufacturer Steven Madden (moved company from China to Cambodia) and Kayamatics, which is engaged in the Internet of things. Currently, Kayamatics has two factories in China, but in the near future it will open two production lines in Malaysia. Moreover, according to a study by the American Chamber of Commerce in China, one third of US companies operating in China are considering the possibility of transferring their production sites to another country. This migration of facilities is largely driven by hopes to retain market share and avoid the negative impacts of the US-China tariff war on supply chains, cost of goods sold, and ultimately, profits.

Despite constantly increasing FDI inflow levels, however, the Philippines is one country that cannot keep pace with its neighbors. This is largely due to the fact that the country’s constitution restricts foreign investors from owning a majority stake in their own investment. In other words, they can only own and up to 40% of their investment for many of the industries. As a result, many investors would rather take their money elsewhere to a country that gives them the freedom to having a controlling interest in their own investment. Additionally, in the Philippines, there is a high level of corruption resulting in significant governmental instability, lack of judicial security, and tax regulations.

Unlike the Phillipines, Malaysia offers various incentives to foreign companies, such as tax reductions. However, the government maintains a large discretionary power for authorising investment projects and uses it to obtain the maximum benefits from foreign participation, which presents a strong negotiation advantage in transferring technologies or creating joint ventures, according to Santander.

Thailand also is among the countries with the most business regulation reform  over the past few years. The main engines of FDI growth for Thailand are the Investment Promotion Act and the Eastern Economic Corridor (EEC) Act, which offer various benefits and encourages investment in advanced technologies, innovative activities, and research and development. Manufacturing, financial, and insurance activities attract nearly 70% of all FDI inflows.

Vietnam has made progress in protecting minority shareholders and cross-border trade practices and plans to continue to attract more FDI into key industries including exports, energy, and high-technology by building a more business-friendly regional ecosystem.

As a result, a new report shows China now has 164 unicorns, worth a combined $ 628.4 billion, which has galloped well ahead of the US by number. Already in the second quarter of 2018, Chinese startups for the first time in history have bypassed American in terms of the volume of attracted investments, according to Crunchbase. Startups from the USA and Canada received only 35% (Crunchbase did not take into account the money raised by ICO). Remarkably, investments in high-tech sectors increased by 11.4% in 2018, reaching 22.4% of the total FDI.

Thus, the 2019 Preqin Private Equity & Venture Capital Report says that nine of the ten of the largest venture deals announced were for Asia-based companies, seven of which were in China. This, Preqin says in a blog post, includes the largest venture capital deal ever announced: the $14 billion funding of Ant Financial, the payments giant controlled by Jack Ma, in mid-2018.

Chinese investors are mainly investing in overseas projects, of which the most generous investors are the largest technology companies, such as Tencent, Alibaba and Baidu. It is noteworthy that in 2015–2017, the top 5 largest American technology companies spent $ 228 billion on dividends, and the top 5 Chinese – only $ 10.7 billion, allocating  the money saved instead to development and investment.

Therefore, the majority of governments are trying to bring their countries into a new era by attracting investment through the easing of regulations, coupled with the creation of incentives for prospective investors. The governments of many Asian countries not only are starting to offer more incentives to investors in order to stimulate economic growth, but also supporting innovative development strategies, intending to make countries more competitive. As a result of the positive FDI inflows, these regions have experienced an increase in the number of startups operating locally. China in particular stands out among the rest of the countries of the region as a significant player, but other countries also offer many opportunities for development and are already showing significant growth prospects, especially against the background of the trade war between the United States and China. In addition, many venture capitalists are investing billions of dollars in various areas, from artificial intelligence to blockchain, hoping that supported companies may become the next Alibaba Group, Tencent or Baidu, while startups cherish the hope of becoming the next Unicorn project.