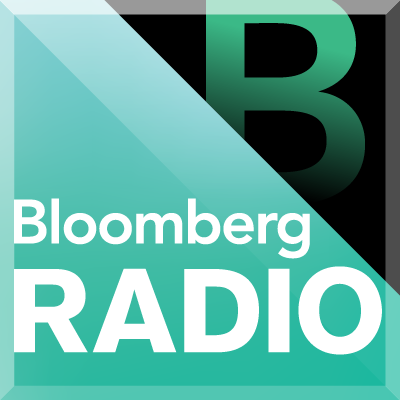 Yesterday our CEO and founder, Sang H. Lee, was invited by Kathleen Hays from Bloomberg Radio to come in and share what we’re doing at DarcMatter to bring transparency and access into the alternative investment realm. If you missed it, here is the full audio version. Below is also a shortened transcript of the interview.

Thank you Kathleen and Bloomberg Radio!

Hays: The way investing should be. Transparency and seamless access into private investment opportunities. If you go to their website, DarcMatter, that is their mission, that is their model, and I’m very pleased to welcome to the show the man behind this interesting new company that aims to bring alternative investments to the masses in a way that they say is more efficient, cheaper, and ultimately fairer. Sang Lee, welcome. DarcMatter, there’s a lot going on in the space right? A lot of people are trying to disrupt, with dark pools, dark this and dark that. What is DarcMatter?

Lee: So accredited investors are narrowly defined, so you have to make at least $200,000 of net income or be worth more than $1 Million, not counting the value of your primary residence.

Hays: So Kathleen Hays or Joe Smith, as long as you make enough money, we can invest.

Hays: So what about money managers? What about wealth advisors?

Hays: So okay, now the other side of that is institutional-level opportunities. What does that mean? What are these? What is it that I can’t get now, that I can when I go to DarcMatter?

Lee: So typically, the investing world, particularly in the world of alternatives, if we’re looking at venture capital, private equity, hedge funds, alternative fixed-income opportunities or even private companies, they were restricted to institutional investors, primarily because of the reasons that were changed because of the JOBS Act. You couldn’t communicate with a broad group of investors because it was previously banned, unless you are a public or registered company. For the first time we’re able to provide this direct access to the accredited investor, so you as an individual investor are almost getting the level of access that an institution was typically reserved for.

Hays: So what about VC investors? They typically fund all kinds of things. Do I somehow become potentially an investor alongside someone in that sphere? On that level?

Lee: Absolutely. That’s an opportunity there as well, whereby you are trusting your capital as you would any other money manager to the expertise of a venture capitalist that’s really able to spend their full time investing in these startup companies with high-growth opportunities. And you’d be an investor into the fund, whereby they deploy that capital to the opportunities they think are the most attractive.

Hays: How am I going to know if I can trust the investor that I’m investing in? Is it just due diligence? Or does DarcMatter do some kind of vetting, do you have some kind standards that people must cross, to then offer their investment opportunity on your platform?

Lee: So we do provide the pre-vetting process to ensure that the opportunities meet a certain level of scrutiny. We however, are not a financial advisor, so we do not provide the advice directly. But we do think it’s prudent for a lot of accredited investors whereby their primary core competencies is not to be money managers, that they work closely with their financial advisors and money managers to determine which of these types of investments are appropriate for their portfolio.

Hays: Okay, full disclosure. Sang Lee is 28 years old you guys. He barely looks old enough to be out of college but he’s already at this point. Let’s back up and talk a little bit about you. You finished college, you went to go work on Wall Street. Where did you start? How was that your first step to getting where you are now?

Lee: So I worked at a German firm straight out of college, at the height of the American recession, so three weeks into the job Lehman collapsed. It was a very interesting time to be in the field. I stayed in the European enclave where I then went to BNP Paribas which at the time was one of the largest banks in the world, doing energy banking in NYC. We were then faced with the Eurozone crisis. So it was a very interesting time to be alive, to learn, and I think from that perspective, it really highlighted a lot of the inefficiencies that existed in the marketplace whereby there’s an opportunity for business, but there’s also a lot of opportunities to fix the system itself.

Hays: Okay first of all, what did you study?

Lee: I think that one of the things that the private capital markets, the alternative capital markets that we’re talking about today, it faces a lack of transparency. Whether it’s by structure or by design, because of certain regulations, the marketplace never evolved to be open and a transparent marketplace. In which case, what happens is high levels of information asymmetry between both sides of the equation, whereby you can create a lot of bad value, if you will, just by hoarding information and being very opaque. If you’re forcing transparency into a system like the public markets, it becomes increasingly more difficult to be able to extract value where there is really no value because the information is out there, it’s public, and the market can speak for itself.

Hays: Conflicts of interest, this is one thing you say DarcMatter will change, because many of the players, they don’t mean to, explain why you see inherent conflicts of interest in the traditional Wall Street model when you look at how the providers of investment opportunities, the venture capitalists, the private equity firms, how that’s being distributed vs. the people that are investing in it.

Lee: One of the big value drivers, at least in the financial service industry, is the distribution of product. It’s being able to sell one type of security to a potential buyer. I think a lot of the conflict arises in the value that that person that’s distributing the product actually derives. So if you can charge 7-10% because Company A does not know Investor Y, that’s a hugely inefficient system.

Hays: So if I am investment bank D, I’m the middle player that can extract the fee from both sides.

Lee: Absolutely. I don’t think the fee itself is not where the problem is. I think the problem is where a full set of information is not available to both sides of the market. And when that information becomes available, you really start scrutinizing what the value of the intermediary is.

Hays: So you were working at a German bank and at BNP Paribas, and then you go to Washington. What’d you do there?

Lee: So this was a very early time in crowdfunding if you will, where there were a lot of regulatory changes and pressures that were arising because the Internet, the digital age basically created this new paradigm of the distribution of information and the distribution of capital. There was a big push to help the startup companies in raising capital, which was the JOBS Act that was passed in April 2012. There were two primary provisions to help small businesses, which were Title II, the lift on the ban of general solicitation, and Title III, which was equity crowdfunding. So we spent a lot of time working with the regulators, as well as the SEC to try to get the JOBS Act done and subsequently work with the SEC to make the rules as amendable as possible to all parties.

Hays: What is the result of the work you did? Particularly when it relates to what you’re doing at DarcMatter?

Lee: One of the implications, particularly with the ban of advertising, was that for the first time, we’re going to see market dynamics and action.

Hays: The ban on advertising, can you explain what it is?

Lee: So previously there was a ban on general solicitation, for one of the primary tools used for capital raises, it’s called Reg D 506. It’s one of the things that really governs the banking side of business and the private capital markets.

Hays: So in other words, you weren’t allowed to put an advertisement out there, it had to be done in a more channeled controlled way?

Lee: That’s correct. So either you had to have some sort of pre-existing relationship with the investor, or you had to go through many many hoops before you were able to target investors. For the first time, that ban was lifted, which in effect, on the surface it only looks like advertising is going to be permitted, but at the same time what it does is, it create an open marketplace, whereby the supply and demand can start speaking to each other effectively.

Hays: So now DarcMatter, this (Title II) is what allows your model to work, because now the investor can be publicly solicited, and the VC firm, private equity firm, can post their offerings on your platform.

Lee: That’s correct, so now the offerings are readily available to our investors, and they’re able to access these opportunities which were previously kept behind closed doors because of this ban.

Hays: Now there is a restriction on the amount of money I have to have in order to do this. But you have a way, potentially, for somebody with a requiste of $200,000 to actually go ahead still and enter into these kind of investments.

Lee: Well the limit is still set at $200,000 of net income, but that doesn’t imply that you have $500,000 in the bank to be able to invest in a hedge fund or a venture capital fund. DarcMatter provides a special vehicle structure where you can invest as little as $25,000 and still participate in these offerings.

Hays: Thanks so much to Sang Lee, CEO and founder of DarcMatter. Check them out online.

You can visit DarcMatter to access new opportunities today at https://www.darcmatter.com/.