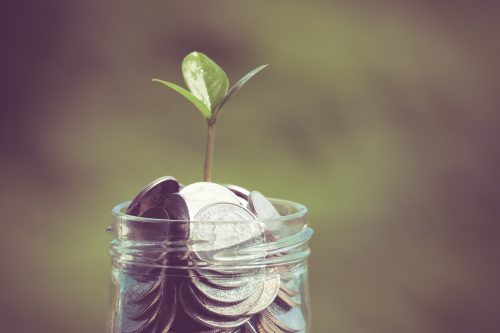 Despite the turmoil that plagued 2015 and the beginning of 2016, the global private equity market has fared surprisingly well. In fact, according to Bain’s 2016 Global Private Equity Report, private equity has raised nearly $500 billion annually since 2013, with there being an estimated $1.3 trillion in uninvested dry powder worldwide.

Interestingly, amidst the global instability, the Asian-Pacific private equity industry has flourished and just posted its strongest private equity year in 2015. According to Bain’s 2016 Asia-Pacific Private Equity Report, deal value in this region grew 44% from $87 billion in 2014 to $125 billion in 2015. In addition, exit activity remained robust despite a volatile market, and fundraising efforts have also maintained their strength, as highlighted in the below graph.

Also contributing to the vitality in the Asian-Pacific region last year was the strength of the private equity markets in China despite the stock market crash and the deceleration of economic growth.

Analysis of Private Equity in Greater China in 2015

Last summer, the world was caught by surprise as nearly $5.1 trillion vanished seemingly overnight from the Shanghai Stock Exchange. Despite expert worries, the Chinese private equity market posted a strong year, with deal values totaling $69 billion, up nearly 56% from 2014 and equaling over half of Asia-Pacific’s total private equity deal value. This posting is owed much to a strong crop of $1 billion-plus megadeals—14 of them in 2015 vs. 7 in 2014. But the individual deal count also rose sharply to 488, or 54% higher than the previous five-year average, and nearly 40% of this market was from Internet deals as Chinese investors and asset managers started and continue to show increasing interest in the digital world of market finance. Although this is the case, it is important to keep in mind that this may just be a fintech bubble developing from low interest rates making loans cheaper, thereby encouraging more people to invest in the market.

According to Bain & Company’s report, as equity markets continued to follow a downward trend, investors gained access to enormous and lucrative opportunities in public-to-private dealings, one example being the China-Renaissance-led $7.1 billion buyout of Qiho 360 Technology. In addition to these large deals, there seems to be a pattern of small businesses selling out to larger private equity firms as young talent start to look outward for new career opportunities.

Preqin’s research also suggests that the number and aggregate value of private equity-backed buyout deals in Greater China shot up during the third quarter of 2015, as highlighted in the graph below.

But despite these strong private equity postings in 2015, experts still worry for the future of the market due to the slowing economic growth of the country. As growth will no longer be supported by a rising economic development, it will become increasingly difficult for private equity firms to properly determine the potential of new companies and invest in them at a reasonable price. With the current economic trend in China, it is difficult not to worry that many investors may be pouring into a failing market.

In 2015, the Chinese private equity market fared well despite global and domestic economic uncertainty arising from different crashes and concerns, but evidence suggests that the Chinese private equity market growth will mostly likely slow down in the coming years. A recent survey shows that private equity executives in China worry that the turbulence stemming from the faltering financial system and the country’s rocky transition from being an export-led hypergrowth to a sustainable model fueled by consumption may hinder the future growth of the industry. Furthermore, as economic growth rate decelerates, GPs can no longer depend solely on economic growth to drive performance results, and the uncertainty that stems from this deceleration adds to the difficulty of being able to properly determine value in this market. Another concerning factor is the fact that exit activity may stall as deals get more and more overvalued, as seems to be the trend with the recent crop of billion dollar deals.

As such, private equity firms are increasingly interested in diversifying their portfolios and allocating capital towards outside sources as they wait for stabilization in China. Since private equity investments are usually held for 7-10 years during which capital is generally protected, Chinese asset managers hope to use these investments to achieve more optimal levels of diversification and protection from currency devaluation. This outflow of capital from China may contribute to already competitive investor searches for opportunities in more stable and attractive private equity markets, like the United States. And in order to gain an edge in this financial landscape, Chinese asset managers are increasingly looking towards online investment platforms, such as DarcMatter, that offer global reach and the ability to access and tap into the U.S. alternative investment industry.

DarcMatter (“DM”) is a global fintech platform that streamlines the capital raising process for asset managers and provides investors with transparent and direct access to funds in the asset management industry.

DM’s mission is to enhance capital flow through fintech to create transparency and efficiency by providing direct access to funds in the Asset Management industry for Accredited Investors, Advisors, and Asset Managers.