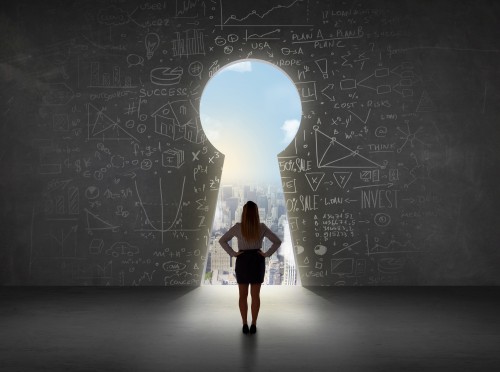 The slowdown of the Chinese economy has been at the forefront of market discussion in 2015, which was exacerbated by the sudden stock market collapse caused by a massive and relatively new retail investor base. For the last decade, the Chinese economy was long heralded as the saving grace of global industry and commodity consumption that would grow at a 7-10% clip for the foreseeable future. As the world has recently come to realize, China has reached a phase seen throughout history in which an emerging economy rapidly heads toward a ‘developed’ status but stalls as much of the population attempts to attain middle-income status.

China’s economy slows and a consumer-centric economy has yet to fully take shape. The sheer power of a slowdown in the Chinese economy is being felt throughout the world. However, there are still opportunities that shine through this global instability caused by the slowdown of a giant.

India has also been a close second when discussing emerging markets expected to take global center stage. There are several characteristics about India that marks it as a strong opportunity in the midst of Chinese market slowdown. India is an economy that has long been standing on its own merit not being an export-focused economy, but one fueled by domestic growth. This standing of domestic consumer spending is in stark contrast to many other economies, certainly when compared to China.

However, India has also been affected by the Chinese yuan’s devaluation with the rupee experiencing about a ~9% decrease to the dollar in the last year. But it’s not nearly as bad as other economies around the world. India doesn’t depend on the export of commodities and has a large number of people that are consuming more than before.

Furthermore, the global decrease in commodity pricing, led by the slowdown in consumption by China, allows Indian companies to increase their margins and become more profitable.

Latin America has already had a very difficult year in 2015 with the Brazilian real losing 33% of its value relative to the dollar and the Mexican peso dropping by 19%. Prior to the Chinese yuan devaluation, Christine Lagarde (the managing director of the IMF) warned that increasing volatility would be expected with currencies in the region as an effect of the Fed increasing interest rates. And while the higher interest rate environment in the U.S. in addition to Latam political faux pas are big reasons that Latam currencies will continue to face challenges, China’s impact is not insignificant.

China’s weak demand for commodities that has caused prices to decrease has put negative pressure on Latam currencies. This, in turn, has made imports more expensive. This chain of events could cause inflationary effects that Latam could do without. Additionally, with such a drastic decrease in commodity pricing, the impetus for new production has been diminished. Many countries in Latam including Chile, Peru, Bolivia, Ecuador and Venezuela will be directly affected by these changes. There is a direct correlation between China’s demand for the consumption of commodities and Latam’s economic health, as illustrated by a World Bank estimate that a 1 percentage point decrease in China’s growth is correlated with a 0.6 percentage point decrease in the GDP of the Latin American and Caribbean region.

DarcMatter (“DM”) is a global fintech platform that streamlines the capital raising process for asset managers and provides investors with transparent and direct access to funds in the asset management industry.

DM’s mission is to enhance capital flow through fintech to create transparency and efficiency by providing direct access to funds in the Asset Management industry for Accredited Investors, Advisors, and Asset Managers.