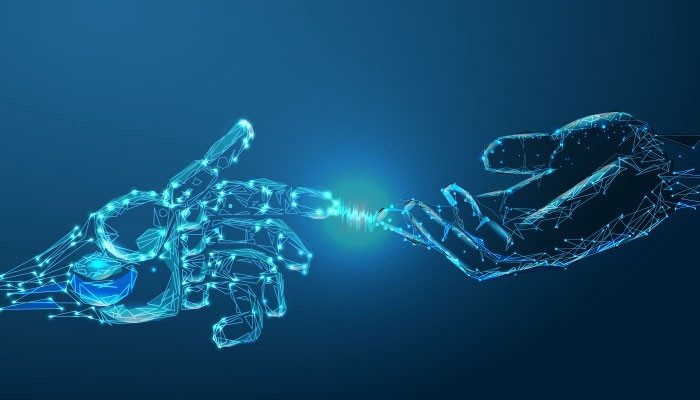 Artificial intelligence, also known as A.I. (AI) and/or machine intelligence, is indisputably one of the most trending topics globally.  AI and its integration into real world use cases are already present in various industries.   From Google’s use of AI to diagnose heart diseases, American Express’s use of AI to create smart bots for dissemination of personnel services, and Natixis Investment Managers’ use AI to analyze stock prices and draw conclusions; it would be hard to ignore the world’s fascination, and potential obsession, with everything that has to do with AI.  As we focus specifically on the financial services industry and fintech sectors, AI continues to play a significant role in the evolution and transformation of this industry worldwide.   The financial services industry is generally slow moving and resistant to change, which has resulted in a long lead time for leading industry participants to embrace and utilize AI. However, as core technology and algorithmic enhancements are developed with AI, the industry appears to be accelerating in its adoption of tools.  The speed in which leading firms adapt and utilize AI is a point of contention throughout the industry, with opponents of the movement citing AIs infancy as the primary point of debate. This is, however, partially what excited proponents of AI, the unlimited possibilities!

Within financial services, particularly in regard to trading, there is a common misconception that algorithmic trading is the same as AI.  This is not true.  Although the computer makes the decision in both cases, AI elevates the decision-making process because it aims to imitate the structure of the human brain and continuously learns, unlike a standard algorithm.  These benefits were further evaluated in a research study from the German School of Business and Economics, evaluating the effectiveness of AI on global financial markets.  The data revealed that automated platforms utilizing AI for trading, performed the best during some of the most volatile event cycles, such as financial crises.  AI’s ability to impartially evaluate the risks via processing of numerous data points, coupled with its ability to execute logical calculations without emotional considerations, creates a perfect environment for AI to thrive.  As machine learning continues to develop and understand global trends, the output is a system that is constantly improving its assumptions and predictions about financial markets.

Within the fund universe, use of AI by hedge funds is still new.   Some hedge fund managers rely on AI as a supplemental tool and continue to rely on experienced investment techniques (i.e. managers and their professional experience). Though AI causes some onboarding “friction” that requires additional investments of time for adapting to new methods and setup/maintenance costs, there are many funds/firms that already use machine intelligence for both trading and risk management.  For example, Yoshinori Nomura, responsible for managing the Simplex Equity Futures Strategy Fund, managed one of the first Japanese funds utilizing AI, with assets of about 603.2 billion yen ($5.4 billion) as of September 2018. The Simplex Foundation utilizes Nomura’s software to process a significant amount of data to focus on indicators of momentum and trend deviation, making a decision twice a day on whether to purchase or sell futures on the Topix index.  That is only a minor fragment of what AI can provide.  It also determines the position’s size, with a cap at 50%  of fund assets.  AI creates significant appeal in this example because of its ability to completely eliminate human emotional volatility, during a highly emotionally volatile time: Brexit.  Other funds follow this example of the Simplex Foundation. According to Preqin, there are about 1,360 hedge funds that are currently making a majority of their trades with the help of machine intelligence. These funds are managing about $197 billion USD in total. Additionally, approximately 40% of the funds that opened in 2017, use “systematic” trading.

As we look at the macro level,  financial firm giants are starting to implement AI as well, particularly due to industry trends such as declining revenues, questionable fees, and the general size of compensation for managers, constantly raising concern. According to forecasts, assets managed by automated advisors will grow up to $8.1 trillion in 2020.  AI provides a key opportunity for these firms, which benefit from the time and effort saved from requiring a trader to perform actions such as analytics, forecasting, data mining, and high-frequency trading.

Another financial giant, Morgan Stanley, formally launched the initiative, “Next Best Action,”  to more than 20,000 financial advisors and employees earlier this year.  The technology works by evaluating communications with clients from  emails, texts and other notes. It then applies machine learning to evaluate other ideas that can be recommended to the client.

Aidyia Limited, an asset manager in Hong Kong, launched a hedge fund that is fully managed by artificial intelligence. It can read news in several languages, analyze economic data, identify questionable patterns, predict market trends and invest.  With this type of AI adaptation, it is highly likely that an increasing number of Investors already have a portion of their investment portfolios influenced and/or managed by AI!

Conversely, opponents of AI note, rightfully so, that although AI is developing and improving, currently it is not smarter than human intelligence. Though it certainly works faster, this is primarily attributed to its design architecture: perform specific tasks with specific parameters, quickly. There has been significant investment from financial firms, particularly with hedge funds, investing in AI upgrading and trading technologies.  This proved to be a rather profitable strategy for about 2 years. Before 2018, the Eurekahedge AI Hedge Fund Index gained an average of 10.5 percent annually since its 2011 inception. This year, this metric, composed of 15 funds, has shown little change.

AI’s imperfection is clearly demonstrated by funds such as, Sentient Investment Management, the fund that used “artificial intelligence techniques, including machine learning and so-called evolutionary algorithms, to trade stocks globally,” released plans to liquidate in autumn 2018. The fund managed less than $100 million and has not made money this year after gaining 4 percent in 2017.

As with many technological advancements, as the industry begins to adapt, the workforce then follows suit. AI’s ability to replace a human workforce, is a real concern and fear for many financial industry participants.  There is a strong belief that the widespread use of AI technologies in the financial sphere will deprive many traders of work. Using Goldman Sachs as an example, 600 traders worked with the firm 18 years ago. Today, 2 of those roles still exist, and the others  were replaced by machines. General statistics from Opimas forecasts 90,000 jobs in asset management,  almost a third of the worldwide total, will be eliminated by 2025 because of AI.

Another core problem for the financial services industry and AI, is how the technology adapts to identifying and managing privacy concerns.  From a technology perspective, the integration of blockchain solutions for financial services, will have a significant impact on the way AI is utilized, particularly as it pertains to permissions and transparency.  Privacy concerns become prevalent because AI requires a great deal of data, which could include highly privatized information.

Nevertheless, many specialists agree that AI is a technology of the future and will play a role in the future of trading as well. Of course, there is no miracle algorithm that will capture all of the capital gains in the world without the participation of a trader.  Human intelligence still remains an important link  to define the fund’s strategy and take action.  Although AI and machine learning technologies have proved to be quite effective, investment management firms should continue to experiment and proceed with caution as the initial applications for the industry continue to be developed.